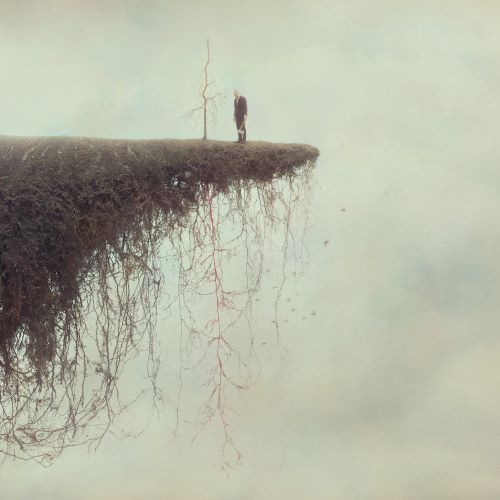 View Profile
Often cited as being in a category all their own,...

Often cited as being in a category all their own, contemporary Celtic folk-jazz musicians The Gloaming have released their third opus, aptly titled 3 — available now.

Although charged by the traditions of Ireland, what the band does within the structures of sound is anything but simple nostalgia. Unclouded by sheen or sentimentality, The Gloaming 3 lands haunting and emotionally charged; wistful, tender, and completely transformative, it sounds ancient without being a mere reproduction.

“We are always trying to allow the music to breathe into a more mantric and transcendent space,” Ó Lionáird says, and then laughs a little at his own presumption. “This is coming from a guy who hasn’t got a new age bone in his body.

“But I do believe that is one of the primal purposes of music: to manage mental states. In the case of The Gloaming it achieves a sort of heightened transparency and intensity and goes into a dream state. People want that. They love being taken there and they love dwelling in that place. And so do we.”

In the music of ‘The Gloaming’, there is also a tension between complexity in studio work and arrangement and a sort of simplicity and directness in the way the music hits the listener’s nervous system. In the playing of Martin Hayes and Caoimhín Ó Raghallaigh there is always a melancholy undertone which becomes more forceful as the music lifts and entertains the possibility of joy, paying attention to the rhythm and the melodic line while offering homage to high and hard-won emotion.

Iarla Ó Lionáird’s voice has a force that is both haunting and tender. In the versions here of poems ranging from a lament by the seventeenth century poet Eoghan Ruadh Mhac an Bhaird to work by twentieth century poets such as Seán Ó Riordáin and Liam Ó Muirthile, Ó Lionáird has a lovely way of lingering on a note, taking his time on a phrase, varying the way he approaches a line ending. The stark power of his singing is tempered by sheer musical intelligence that is matched by the playing of Dennis Cahill and Thomas Bartlett. (Bartlett’s restrained and inspired playing on ‘The Pink House’ is masterly.)

When you listen to a track like ‘Doctor O’Neill’ on this album, what emerges is the brilliant intuition and unique tact of the band. Listen to Caoimhín Ó Raghallaigh as solo player on a hardanger d’amore on the opening of this track being slowly joined by other instruments. The aim is control and subtlety, the maintenance of a single emotion, and then the release of a soaring energy. The ensemble offers a dynamic play between the instruments that, like so much of the music on this album, creates a rare and exhilarating kind of beauty.

Anyone who has seen them perform will recognize the truth of that: four musicians and one singer caught in a moment, seemingly suspended in time as their music unfurls around them, its tendrils reaching out into every nook and cranny of the room. It’s Irish music – how it could be anything else — but it’s also more than that; Bartlett steers the music towards a place where modernity and the old world become one.

On tour, The Gloaming have seen sold-out headline shows in some of the world’s most prestigious music venues, such as the Sydney Opera House, the Royal Albert Hall, Teatro de la Ciudad, the Barbican, Lincoln Center, the Philharmonie de Paris, the Philharmonie Luxembourg, the Chan Centre, the Kennedy Center, the Berklee Performance Center, the Walker Art Center, as well as their annual residency each spring as Dublin’s National Concert Hall.