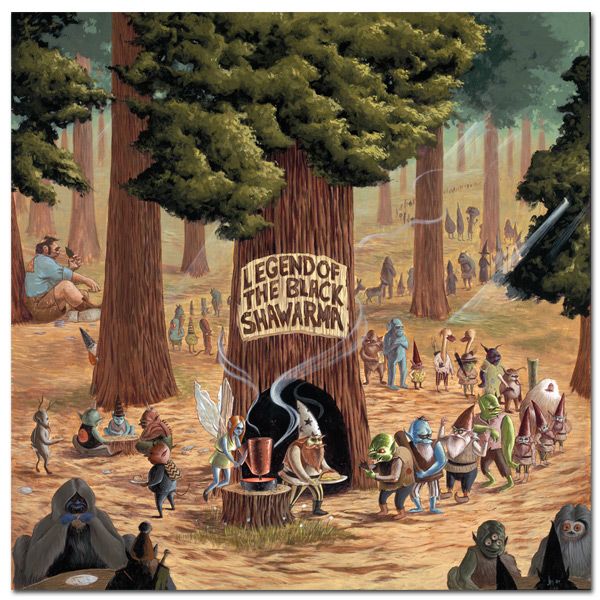 Legend of the Black Shawarma

View Profile
This is Infected Mushroom's 7th studio a...

This is Infected Mushroom's 7th studio album, 2 years since the release of their critically acclaimed "Vicious Delicious" album. "Legend Of The Black Shawarma," the title for this much anticipated album, takes a step further in their 15 year musical journey and is by far their best work to date. The album took two years to record, and it reveals just how diversified, yet dedicated to their own agenda Infected Mushroom continue to be. The lead single "Smashing the Opponent" features a scorching vocal from Korn's Jonathan Davis, while Jane's Addiction/Porno for Pyros frontman and alternative-rock patron saint Perry Farrell lends his inimitable pipes to the follow-up single , "Killing Time."  "Recording with Jonathan and Perry was a highlight, of course," Duvdev notes.  "They were both incredibly cool.  The fact that they liked the tracks was awesome because we're huge fans of what they do."