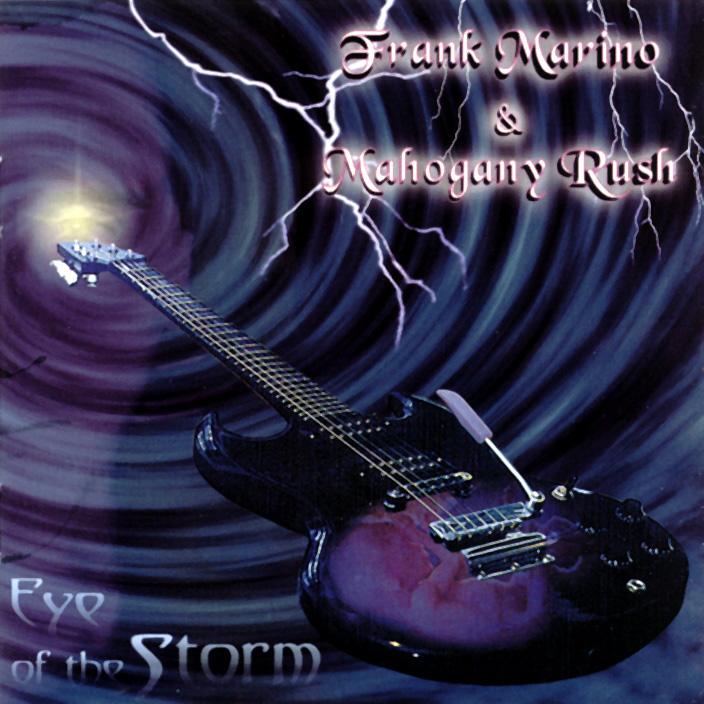 View Profile
There were two predominant views of Frank Marino i...

There were two predominant views of Frank Marino in the '70s. The first was that he fit into the guitar hero group of such people as Pat Travers, Ted Nugent, and Robin Trower. The second was that he was a bit of a Jimi Hendrix clone. Well, 2001 sees Marino releasing Eye of the Storm with his longtime group Mahogany Rush. It also shows that the guitar hero title still fits, although perhaps the guitar heroes of today differ from those of the '70s. Marino's sound certainly fits into his era more than the 2000s, but that does not stop him from producing a killer album. His guitar textures are not too flashy, but very tasteful. As to the Hendrix reference, those influences can be heard on occasion, but really Marino has his own sound. This release is a very strong rock album that even touches on sounds as far away from Hendrix as ELP and Tomita. In fact, the first cut on the piece, an instrumental introduction sort of number, really seems to blend the sound of both of those groups in an arrangement that feels a bit like a take on Mars, from Holtz' The Planets. Marino is back, and back in style.