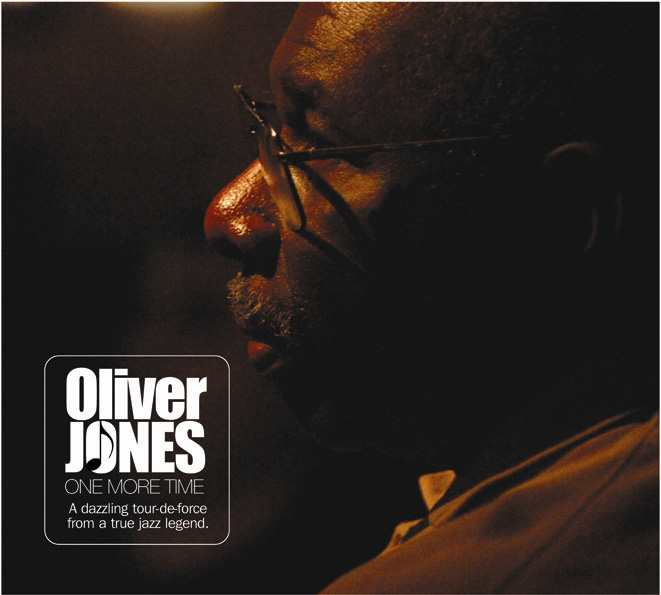 View Profile
Oliver Jones has long been a national treasure in...

Oliver Jones has long been a national treasure in Canada. Despite threatening to retire on several occasions, he is fortunately still playing at this point in time on at least an occasional basis. Most of the pianist's recordings have been in trios, so it is a welcome event that on some of the selections on One More Time he is joined by at least one horn player, if not all three. Chet Doxas has a nice spot on tenor during the wistful "Ballad for a Lonely Man," Ingrid Jensen is both fiery and expressive during her solos, and trombonist Dave Grott keeps up with the other two. But the main star throughout is Jones who is not only heard playing at his prime but contributed six of the nine songs. His playing on Bill Evans' "Waltz for Debby" and "Days of Wine and Roses" are two of the many highlights of this easily recommended release. ~ Scott Yanow, All Music Guide www.allmusic.com

Just For My Lady

Pleased To Meet You

Just You, Just Me

Have Fingers, Will Travel

From Lush to Lively

The Many Moods of Oliver Jones