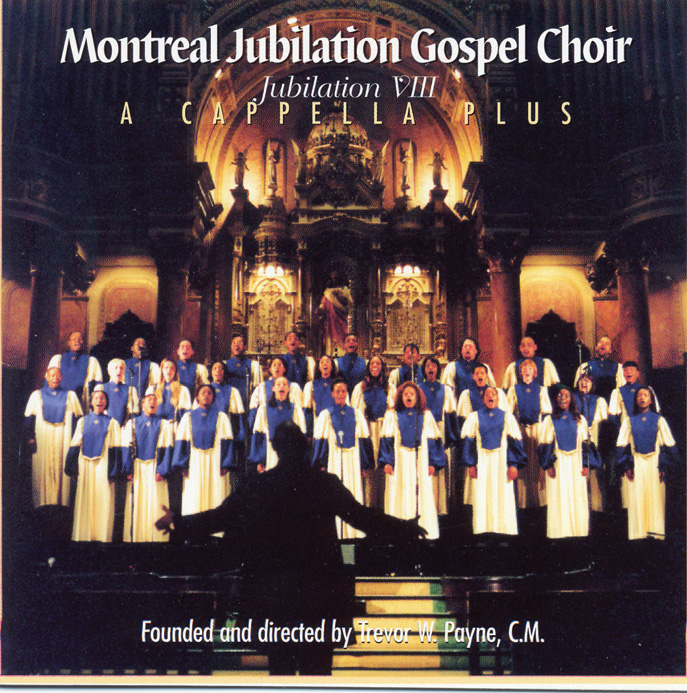 A Cappella Plus - Jubilation VIII

The sound of "A Cappella Plus" is rendered more eclectic by some unusual instrumental accompani-ments: " Great Day" is accompanied by a street band in the New Orleans tradition, while "Hail Mary" features a bassoon and an English horn among others.

The Montreal Jubilation Gospel Choir, under the direction of Trevor W. Payne, has in the past decade evolved into what is now considered to be one of the world's finest choirs.

The choir's first record, "Highway To Heaven", was recorded live and released in 1986 by Justin Time Records and it has been three years since the Choir's last release, "Jubilation VII - Hamba Ekhaya". They've spent most of their time since then touring internationally and researching new material to extend their already rich repertoire.

Traditionally, the Choir's Christmas Concerts at St. James United Church in Montreal is THE occasion to present new tunes and include special guests in their performance.

With the dawning of the new millennium, the Montreal Jubilation Gospel Choir has expanded its horizons to include appearances and collaborations with icons in the classical music field including the Metropolitan Symphony Orchestra and I Musici of Montreal

Jubilation X - I'll Take You There

Jubilation V - Joy to the World